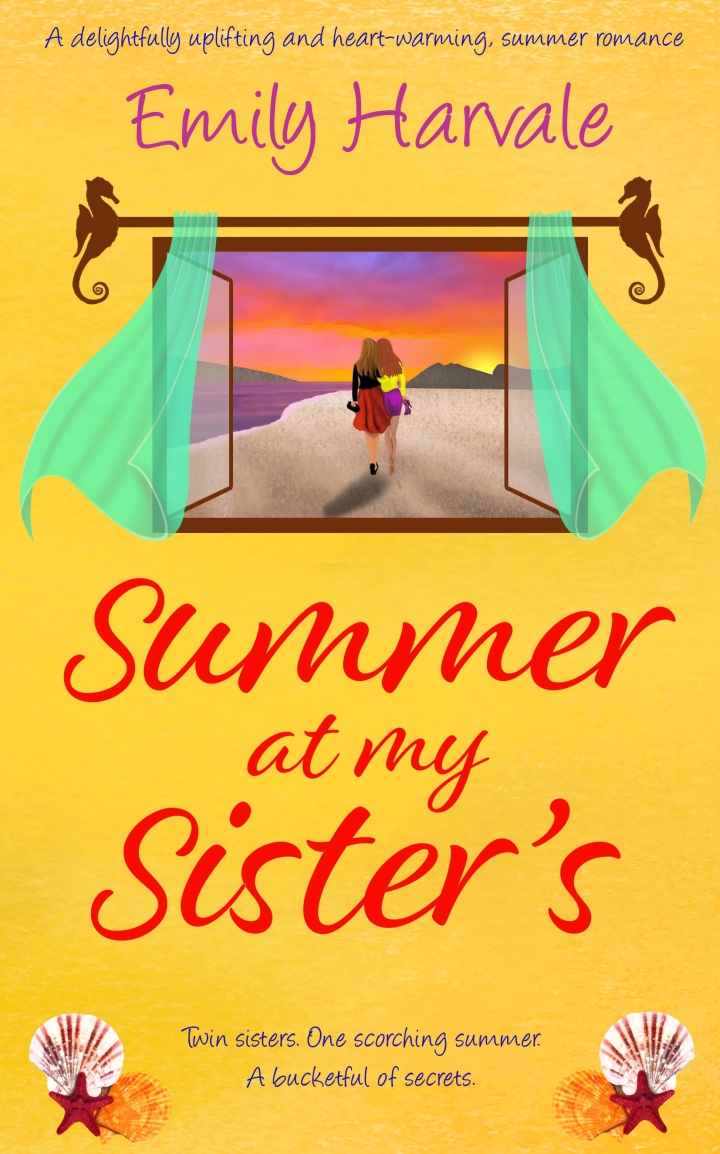 Summer at my Sister’s

A bucketful of secrets.

Diana’s life is perfect. Her twin sister, Josie’s – not so much.

Diana has a rich and successful husband, two talented youngsters and an adorable dog. She always looks as if she’s stepped from the cover of a magazine. Her immaculate second home by the sea, for idyllic summers with her perfect family, was actually featured in one.

Josie has a messy, compact flat, dates, but not relationships, and she can’t even keep a houseplant alive. She moves from job to job, goes clubbing with her friends and often looks as if she’s fallen through a hedge.

Although Josie loves Diana deeply, each year she declines the invitation to spend the summer with her sister. Or any other family holiday. Because Josie has a secret.

But is Diana’s life so perfect? Or is she also hiding something? When secrets are revealed this summer, everything will change. Josie could finally have the life she’s always wanted … if she’s brave enough to take a chance.

A sweet small town story with a splash of sizzle. Emily Harvale never fails to completely suck me into her stories filled with charming characters and delightful settings. This is the first book set in the adorable seaside town of Seahorse Harbor. Josie and Diana are twins, but they could not be more different in both luxe and temperament. Josie is free spirited, fun loving, and single. Living in New York, traveling around the world, never staying anywhere too long to commit to anyone or anything. Diana is the responsible twin. She is married to a handsome rich Doctor, has two beautiful children, a gorgeous home, and a rambunctious dog. When the twins mom is convinced something is going wrong in her perfect Diana‘s life she asks Josie to go see what is going on. The thing is Josie has not been back to Seahorse Harbor since she was a teenager when her life changed forever. But after a quick phone call to Diana Josie is convinced that her sister needs her so she hops a plane to the UK to see her sister and face her past.

this was such an engaging story! I just loved everything about it! Josie and Diana were both great characters and I loved their sister bond. Now I have to admit Diana would be a friend you’d want in an emergency and Josie is a friend you’d want to go party with. Although there is much more to Diana then it first appeareds and Josie could be a bit much at times. Their Aunt Elsie was great and added the perfect amount of color to the story. Also adored Diana‘s kids Toby and Becca and of course Henry the dog. There are also three hot available men in Seahorse Harbour that have caught Josie‘s eye. All three men were really great guys, I was curious as to who Josie would end up with, and I am happy to say I liked her choice. Although I have to say I was seriously frustrated with the girl( and the guy) many times throughout this book. Another stellar story from one of my favorite authors, can’t wait to visit Seahorse Harbour again.

*** Big thank you to the author for my gifted copy of this book. All opinions are my own. *** 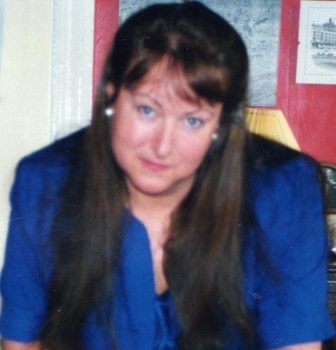 Emily writes novels, novellas and short stories about friendship, family and falling in love. She loves a happy ending but knows that life doesn’t always go to plan. Her stories are sure to bring a smile to your face and a warmth to your heart.

Emily loves to connect with her readers and has a readers’ group in which many have become good friends. To catch up with Emily, find out about the group, or connect with her on social media, go to her website at www.emilyharvale.com.

Having lived and worked in London for several years, Emily returned to her home town of Hastings where she now writes full-time. She’s a member of the SoA, an Amazon bestseller and a Kindle All Star. When not writing, she can be found enjoying the stunning East Sussex coast and countryside, or in a wine bar with friends, discussing life, love and the latest TV shows. Chocolate cake is often eaten. She dislikes housework almost as much as she dislikes anchovies – and will do anything to avoid both. Emily has two mischievous rescue cats that like to sprawl across her keyboard, regardless of whether Emily is typing on it, or not.

Thank you so much for allowing me to share a little extract from my new book, Summer at my Sister’s.

This is where Josie Parnell is on her way to her twin sister, Diana’s house but stops for a while and meets up with Liam Fulbright – a man she hasn’t seen since he married the most beautiful girl in the world (in Josie’s opinion) when he was just nineteen.

I decided to sit for a while beneath the ancient Oak in the centre of the village, and right in front of the church. From here there was a view directly out to sea and I watched a yacht bob along in the distance and seagulls soar and swoop low over the glass-like, turquoise water. I breathed deeply, pushed my sunglasses onto the top of my head, shoving back the tumbles of wavy red hair and closed my eyes, suddenly remembering long-ago summers. I heard someone walking past but I kept my eyes closed. Until I heard my name.

My eyes shot open at the sound of a man’s voice. It sounded a lot like Liam Fulbright’s had all those years ago, only deeper, stronger and more commanding somehow. But the man standing in front of me looked nothing like the Liam I remembered. Liam had been tall and gangly and never quite as tanned as everyone else. His hair was always short, as if the scissors had taken fright and cut off far too much. Bits of it stuck out everywhere, a bit like a porcupine. His eyes were dark blue, but nothing to write home about, especially as they appeared more bulbous thanks to the thick glasses he wore. But I had always thought there was something simmering just beneath the surface and that one day, whatever it was, would burst forth and Liam would be transformed.

It seemed I was right. Unless this wasn’t Liam Fulbright.

‘It’s Liam. Liam Fulbright. I don’t suppose you remember me? We spent several summers together, a lifetime ago. Becca told my daughter, Orla you were coming. You haven’t changed a bit. Except, perhaps your hair. I think it was chestnut brown in those days.’ His smile was warm and friendly.

I shaded my eyes from the sun.

I put on my sunglasses so that I could see him better and got to my feet. He towered over me. But then so did everyone. Diana and I stopped growing when we reached five foot three.

‘Don’t tell me you’ve walked from the station?’

‘What? Oh. Er. No. I took a taxi but stopped for a quick drink at The Seahorse Inn.’

‘And ended up on the bench here? Just the one drink? Or did you have several?’

I didn’t answer immediately. I was still trying to take in how much he had changed.

‘Er. No. Just one. But I think the jet lag and heat is getting to me.’

‘So you stopped to admire the view.’ He half-turned to look at the sea and then his eyes focussed on me again.

‘Well, it is a rather gorgeous view,’ I said, scanning him from the tips of his black, Converse trainers to the roots of his lustrous chocolate-brown hair.

Gone was the spiky haircut and in its place, soft, natural waves sat around a deeply tanned and exceedingly handsome face. The firm jaw held a hint of stubble, the dark blue eyes, sparkling in the bright sunlight were free of glasses and when he smiled, his sensuous-looking lips parted to reveal perfect, naturally white teeth. He was at least six foot or more and his legs were long in his jeans. His pale blue cotton shirt, although not tight, showed that his chest and shoulders were broad and his forearms, where the sleeves had been rolled back, were certainly toned. Not in a body-builder way, but in a way that made it clear Liam Fulbright was no slouch.

‘I agree with you on that,’ he said. ‘I couldn’t imagine living anywhere but here and seeing that view every day.’

‘No. I could easily get used to a view like this. I mean, like that. The sea. The sea view is gorgeous. Er … I was so sorry to hear about Una. I should’ve sent a card or something. Sorry. I’m a terrible person, I know.’

He reached out and touched my shoulder and I swear to you, my skin seared beneath his hand. Or perhaps my shoulders had got sunburnt. I was wearing a sleeveless blouse and I’m not sure how long I was sitting on that bench in the full midday sun.

‘No you’re not, Josie.’ His voice changed tone. I could detect a hint of anger. ‘To be honest, I wouldn’t have known if you had or not. I was in a bit of a state and didn’t really take in anything at the time. Everything was a bit of a blur.’