This book sounds so adorable and like so much fun, I cannot wait to read it myself! Excited to share with you a guest post from the author!🐶 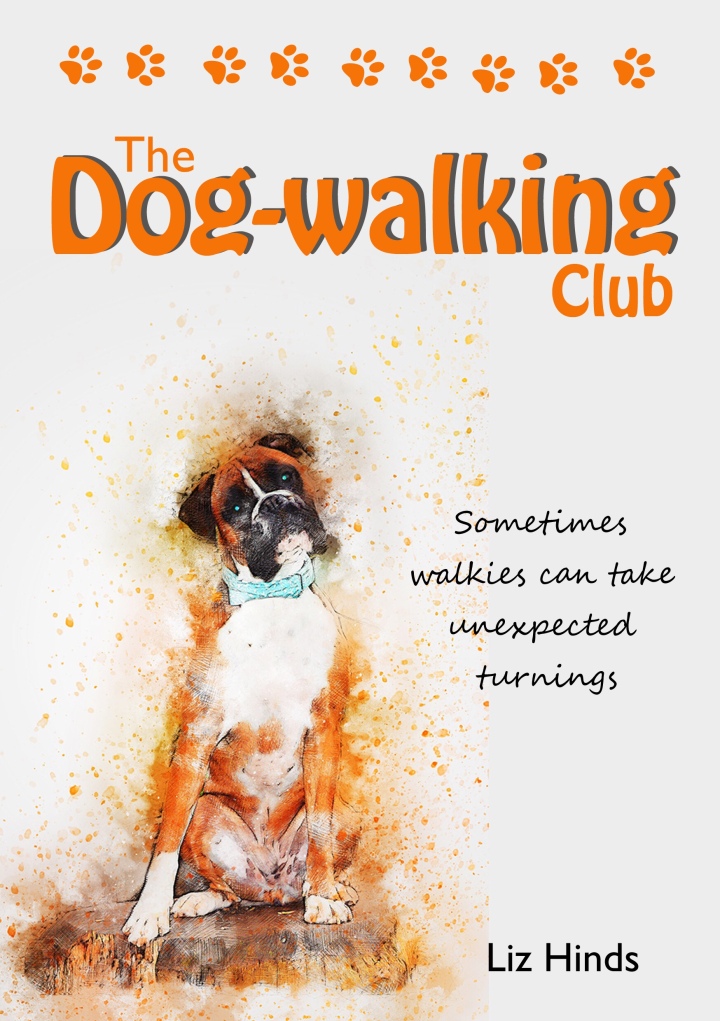 Every dog walk brings new drama into the lives of these dogs and their people. A supermarket shelf-stacker, a stay-at-home dad, an elderly widow and a freelance photographer sound an unlikely bunch of friends but they have one thing in common: they all walk their dogs in Beauville Park at roughly the same time each morning.

And that’s enough for Angela, bored organiser without a cause, to get them together to form the Dog-walking Club.For Jock the Scottie, Benji the spaniel, Pixie the boxer, Mitzi the poodle and Bassett the … all sorts, walking each day with their friends is a dream come true. And it changes the lives of widowed Sybil who’s spent a lifetime hiding her secret sorrow, hopeless-with-women Jon who’s wandering almost unwittingly into an affair, freelance photographer Jemma who is at every wedding but her own, and Maggi who is frantically trying to save money to visit her family in Australia.

And for long-suffering Angela a nasty shock turns into a new start in disguise for her and her husband – and their love life. 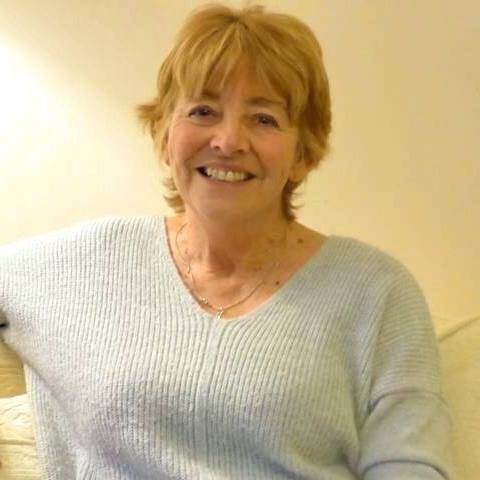 I’m a golden-retriever-loving granny, who enjoys walking by the sea or in the woods, who eats too much chocolate and gets over-excited when the Welsh team plays rugby.

Writing-wise, I am an experienced freelance writer – published in The Guardian, Christian Herald and various other magazines and newspapers – with an MA in Creative Writing (Trinity College, University of Wales). My short stories have been published in Cambrensis (the now sadly-defunct short story magazine of Wales) as well as in several anthologies including Mama’s Baby, Papa’s Maybe (Parthian) and Catwomen from Hell (Honno). I am also the author of several non-fiction books published by Hodder & Stoughton, Scripture Union and Kevin Mayhew.

I have self-published two novels, This Time Last Year, and The Dog-walking Club.

I enjoy speaking about my writing to various gatherings and the media, and am an active blogger, facebooker and tweeter. 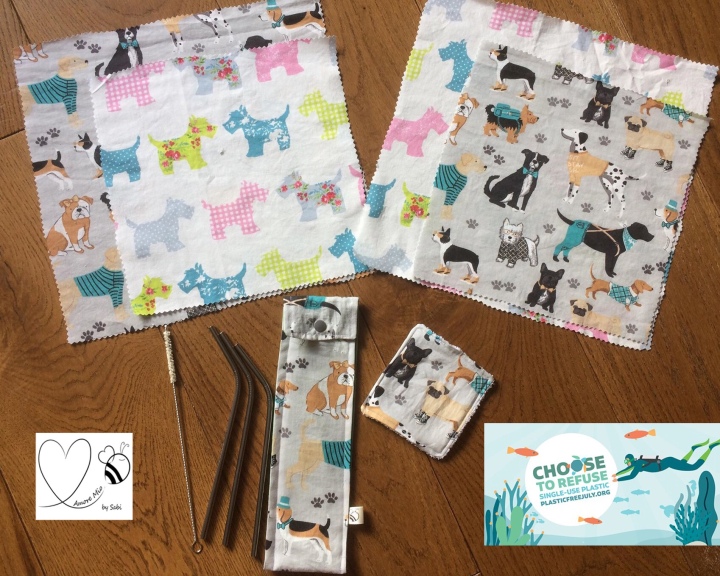 Giveaway to Win a set of reusable beeswax wraps, three metal straws with a carrying pouch and cleaner, and a face wipe, all in pretty doggy fabric (Open Internationally)

*Terms and Conditions –Worldwide entries welcome.  Please enter using the Rafflecopter link below.  The winner will be selected at random via Rafflecopter from all valid entries and will be notified by Twitter and/or email. If no response is received within 7 days then Rachel’s Random Resources reserves the right to select an alternative winner. Open to all entrants aged 18 or over.  Any personal data given as part of the competition entry is used for this purpose only and will not be shared with third parties, with the exception of the winners’ information. This will passed to the giveaway organiser and used only for fulfilment of the prize, after which time Rachel’s Random Resources will delete the data.  I am not responsible for despatch or delivery of the prize. 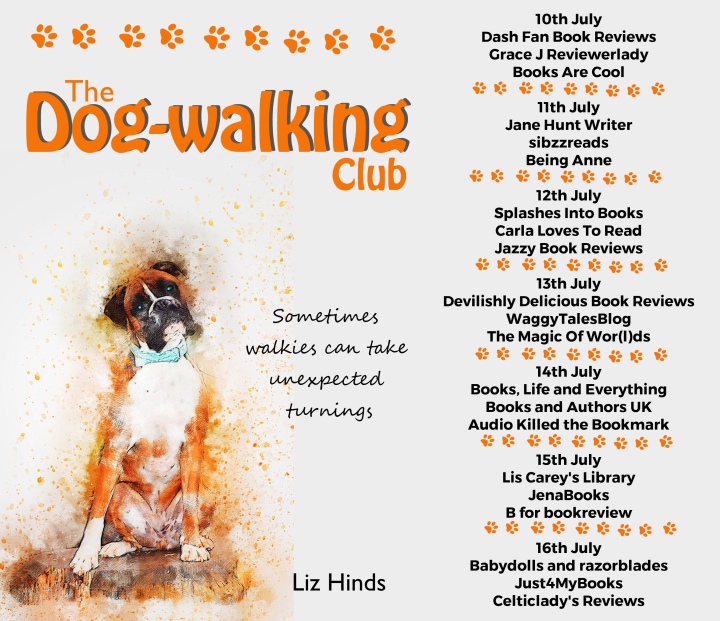 How Liz Began Her Writing Journey

Did you know that Hitler wanted to be an artist but was turned down by art school?

Or that Mussolini aspired to be a romantic novelist? In fact he did have one novel published: The Cardinal’s Mistress is a bodice-ripper based on a true story.

But just imagine if these men had followed their dreams and left the dictating to someone nicer.

When I was a child, inspired by All Creatures Great and Small, I wanted to be a vet; strangely it was the same programme that eventually deterred me. How many times in his lifetime does a vet have to put his hand up a cow’s bottom?!

After that it was engineering. I really have no idea why. I wasn’t good at maths or physics and I didn’t enjoy taking things apart just to put them together again. Somewhere along the line I thought owning an oil rig would be a good idea but the bank wouldn’t lend me the money to buy one.

Eventually after doing a science degree and being unable to find work in my field – there wasn’t much out there for female oceanographers in those days – I joined the civil service, met Husband and did what I really wanted to do: get married and have children.

So I can’t claim that I always wanted to be a writer, or that I wrote my first novel aged six. In fact I was in my thirties before I began writing in anything like a serious way. Yes, I was good at English at school and wrote a couple of pieces that were included in the school magazine but I never had a tremendous urge to write. So what happened? What changed in the time between then and now, when I have one published non-fiction book and two self-published novels under my belt.

Life happened to me. Always more reactive than proactive I ended up as editor of a small local newspaper simply because no-one else wanted to do it. Being editor meant I often had to fill the gaps; I had to be creative and write something, anything. And then the important thing occurred, the event that changed me: someone – or rather several someones – said I was good at it. And that was all I needed.

I was good at something. How much do we all yearn to be told, ‘Yes, that’s good, well done’? I’m sure both Hitler and Mussolini sought recognition and acclaim for their art from their peers – we won’t delve into the psycho-analysis and were they loved by their fathers bit – and as humans we all have that need. William James, who has been called the father of American psychology as well as the greatest American philosopher, wrote, ‘What … every genuine man craves most is praise.’

And Mark Twain said, ‘I can live for two months on a good compliment,’ and who hasn’t, especially when the rejections flood in, been kept going by recalling and savouring complimentary words about our writing? As writers we can get used to having our self-esteem battered so a nice word here, a flattering comment there, can make all the difference to our day. A good review can carry us, if not for two months, to the end of the week at least.

And that good feeling can inspire our writing in the same way that a bad review can make us consider giving it all up. Writing that is, not life.

So readers remember that please when you enjoy a book. It doesn’t take long to write a quick review or post an encouraging comment but it might make all the difference to the author.

And writers, let’s not give up our dreams. The world isn’t ready for a rampage of dictators.