Excited to participate in the cover reveal for this book that looks really intriguing. A genre mash up of science fiction and horror!🖤 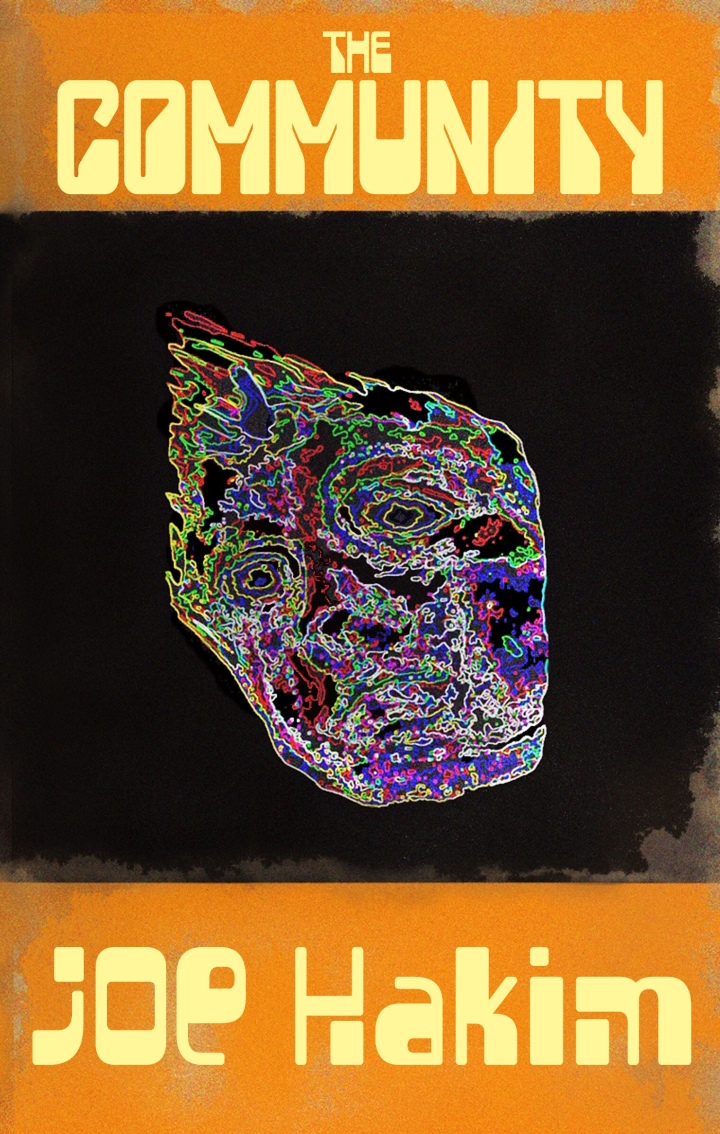 Joe Hakim draws the reader into the heart of a disenfranchised community impacted by strange forces beyond its control. A group of friends: separated by time, choices, and circumstance are reunited by their shared encounters with an uncanny presence that looms over their lives. The seeds were sewn in their childhoods, now they must try and understand what is happening, before it is too late.

Raw and uncompromising, The Community fuses social commentary with a dose of sci-fi horror, to cast a light on an existence spent in the Void.

He’s performed spoken word at venues and festivals around the UK, including Latitude, Big Chill and Edinburgh Fringe Festival.

He is currently working with schools in Hull as part of First Story.

In January 2017, Joe travelled to Trinidad with The Roundhouse and Wrecking Ball Press, as part of the Talking Doorsteps project. This culminated in a performance at the BBC’s Contains Strong Language festival in September 2017, which featured young people from Trinidad’s 2 Cents Movement working alongside young people from Hull’s Warren Youth Project and Goodwin Community Centre.

Theatre work includes co-writing and developing Omni-Science with Brick by Brick, performed at Assemble Fest 2017, and Come to Where I’m From, developed in association with Paines Plough and performed at Hull Truck in May 2017.

The album ‘The Science of Disconent’, his second with musician Ashley Reaks, was released in 2018.

Joe toured and performed with LIFE, a Hull-based punk band, performing on the UK leg of the Slaves European tour.