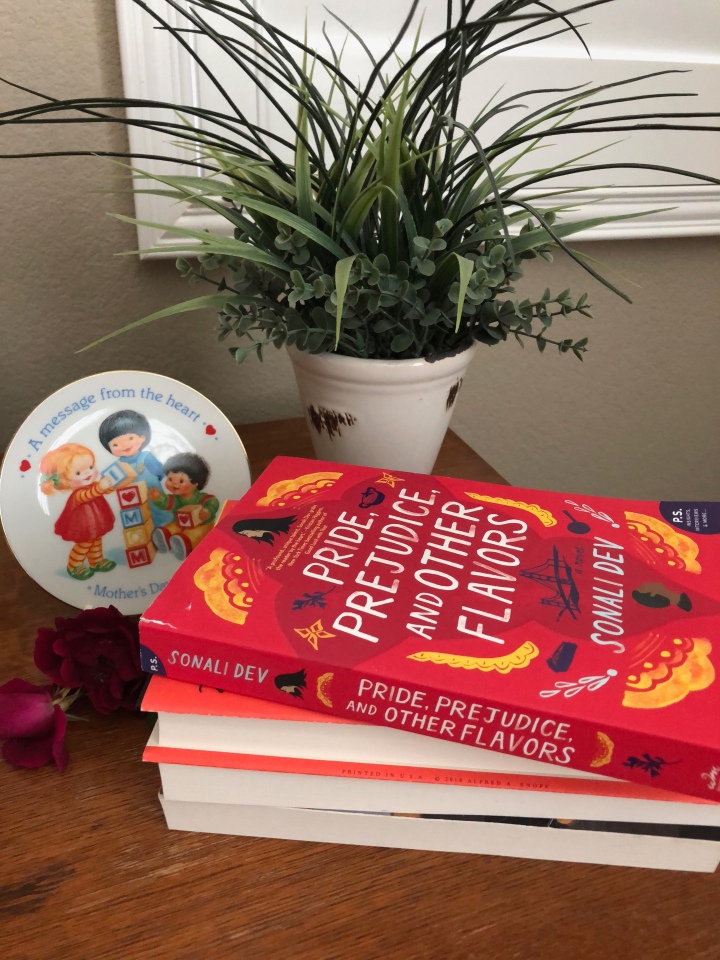 Hope you have a lovely day whether you are a mother or not! Being a mother is the single greatest gift in my life and I am so grateful for my three amazing kids who bring me joy, love, and frustration every day!😘 and thank you to my amazing mother for always being there for me no matter what, she also brings me joy, love, and frustration every day!😉😍

Thought I do things a little different today I actually post of the picture that I am posting on Instagram today to feature this book that looks SO good! I cannot wait to get to it!💐

Award-winning author Sonali Dev launches a new series about the Rajes, an immigrant Indian family descended from royalty, who have built their lives in San Francisco….
It is a truth universally acknowledged that only in an overachieving Indian American family can a genius daughter be considered a black sheep.
Dr. Trisha Raje is San Francisco’s most acclaimed neurosurgeon. But that’s not enough for the Rajes, her influential immigrant family who’s achieved power by making its own nonnegotiable rules:

Never trust an outsider
Never do anything to jeopardize your brother’s political aspirations
And never, ever, defy your family
Trisha is guilty of breaking all three rules. But now, she has a chance to redeem herself. So long as she doesn’t repeat old mistakes.
Up-and-coming chef DJ Caine has known people like Trisha before, people who judge him by his rough beginnings and place pedigree above character. He needs the lucrative job the Rajes offer, but he values his pride too much to indulge Trisha’s arrogance. And then he discovers that she’s the only surgeon who can save his sister’s life.
As the two clash, their assumptions crumble like the spun sugar on one of DJ’s stunning desserts. But before a future can be savored there’s a past to be reckoned with….

It’s Bank Holiday here over in the UK so we get an extra long weekend YAY!

I’m super happy to bring you a review for this twisty little tale!

Why did you pick it up Vicci? – Well I have read a few of this authors books before and reviewed them on here, I have also picked up his latest book but it is on Pre-order from Audible so I have to wait .. boo! So I thought I’d dive in with this one first.

I loved this thriller, it is full of twists and turns and a finale that I didn’t see coming, everything I love about a thriller.

We hear the story from multiple POV, one from DS Becca Vincent, and her partner, a ‘Super Recogniser’ Joe, and then from the serial killer themselves.

The opening scene sets the rest of the book up, we start with a packed tube station and a murder, DS Becca Vincent is there on her way to work, but she is quite far back and has her headphones in, so she doesn’t realise there is a problem until the police show up.

She is having struggles in her home life, she has a daughter with special needs and her mother has moved in with her to help, she is finding it difficult to juggle her home life with her career, and now it is going to get twice as tricky.

Joe is a ‘super recogniser’ (I had to google it myself, and it is an actual thing) He can look at a face and store it in his memory, and then pull it out maybe years later with a name.

From Wiki – The skill is recognised and employed among the British intelligence community.

In May 2015, the London Metropolitan Police officially formed a team made up of people with this heightened capability for recognising people and put them to work identifying individuals whose faces are captured on CCTV. Scotland Yard has a squad of over 200 super recognisers.

Who knew?? Well Becca didn’t for one, but Joe is the man that she is partnered with to try and catch this serial killer, who seems to have some sort of pattern, if only they could work out what it is!

Some grizzly murders and some great twists in this one, and a big WTF which I always enjoy.

John Marrs has written some great thrillers, and although this is not my absolute favourite of his, it is still a fantastic read.

🎧🎧 – Narrated by Elizabeth Knowelden who gave a fantastic performance, I will certainly be looking out for more books narrated by her.

He hides in the shadows, waiting for the perfect moment. Each kill is calculated, planned and executed like clockwork.

Struggling to balance her personal and professional life, young DS Becca Vincent has landed the biggest case of her career – and she knows that it will make or break her. But how can she identify one face in a sea of thousands? With the help of Police Super Recogniser Joe Russell, she strives to catch a glimpse of the elusive murderer, but he’s watching her every move.

Time is not on their side. The body count is rising, and the attacks are striking closer and closer to home. Can Becca and Joe uncover the connection between the murders before the killer strikes the last name from his list?