Excited to share with you my audiobook review for this dark domestic drama about one woman’s need to manipulate and destroy!💜 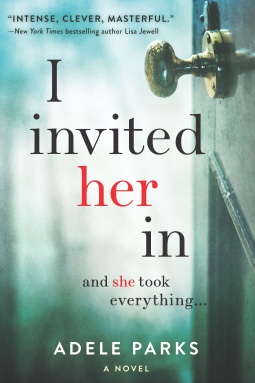 A dark domestic thriller packed with madness and manipulation!

I invited her in… and she took everything…

This was a brilliantly crafted character study! Adele Parks has skillfully constructed A story about the ultimate betrayal. This is not a story full of twists and turns nor is it supposed to be. It is a story about master manipulation and the motivations behind it. A Book about one woman’s rage and need for revenge and the destruction she leaves in her wake.

Melanie and Abi were the best of friends at University, but when Melanie becomes unexpectedly pregnant and leaves university they slowly drift apart. they both lead very different lives. Melanie is now the mother of three and married to a loving man Ben. Abi has moved to the US and become a celebrity, leading a life of fame and glamour. When Melanie receives an email out of the blue from Abi informing her that she’s coming home. Melanie does not hesitate to invite her to stay at her home. At first Melanie is so excited to have her old BFF back in her life, but soon she discovers Abi’s malicious intent.

Wow Abi was one twisted manipulative angry bitch! Seriously there is no other word to describe her, she was crazy evil! Poor Melanie was left trying to figure out why she was doing this to her and picking up the pieces of her life at the same time. There are a few twists and reveals that I suspected, but that’s not what kept me turning the pages. I had to see what Abi would get up to next, how far was she willing to go? Her fury seem to have no boundaries.

A dark drama about revenge, betrayal , and manipulation! Recommend!

🎧🎧🎧 Joanne Froggatt brilliantly narrates this story! She gives Melanie and Abi their own unique voices. Her Abi Voice was pure perfection, I think she made the character even more witchy, I seriously wanted to smack her many times throughout this book!

🎵🎵🎵Song Running Through My Head

You made a fool of me
But them broken dreams have got to end
Hey, woman, you got the blues
‘Cause you ain’t got no one else to use
There’s an open road that leads nowhere,
So just make some miles between here and there
There’s a hole in my head where the rain comes in
You took my body and played to win
Ha, ha, woman, it’s a cryin’ shame
But you ain’t got nobody else to blame.
Evil woman, evil woman, evil woman,
Evil woman.
Rolled in from another town
Hit some gold, too hot to settle down
But a fool and his money soon go separate ways
And you found a fool lyin’ in a daze
Ha, ha, woman, what you gonna do?
You destroyed all the virtues that the Lord gave you
It’s so good that you’re feelin’ pain
But you better get your face on board the very next train.
Evil… 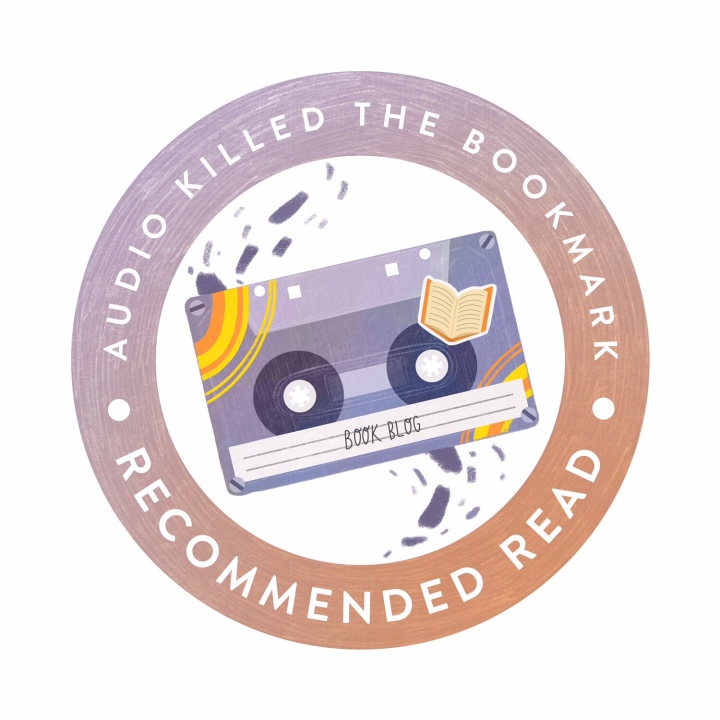 Imagine the worst thing a friend could ever do.
This is worse.
When Mel receives an unexpected email from her oldest friend Abi, it brings back memories she thought she had buried forever. Their friendship belonged in the past. To those carefree days at university.
But Abi is in trouble and needs Mel’s help, and she wants a place to stay. Just for a few days, while she sorts things out. It’s the least Mel can do.
After all, friends look out for each other, don’t they?
I Invited Her In is a blistering tale of wanting what you can’t have, jealousy, and revenge from Sunday Times best-seller Adele Parks.

enjoy the rest of your weekend!💕

Another review for a compelling story about spouses with secrets!💜 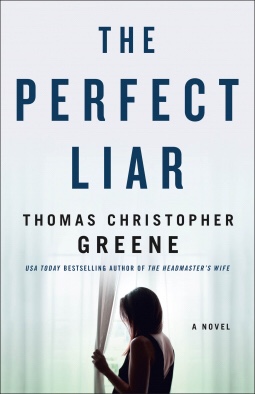 I Know WHO You Are!

Oh what a tangled web we weave… Imagine you find a note taped to your front door and all it says is: I know who you are! Would you assume they had the wrong house? Assume it was for your spouse? Your child? Or would you know you have something to hide and it was meant for you? This is the note that Susanna and Max found taped to their front door one morning, the note that changed everything, the note that they both thought was intended for them. Two people with many secrets to hide, but only one note, who was it meant for? And who knows the truth? Who truly is the “PERFECT LIAR“?

this was one dark compelling story about two pretty disturbed dishonest people. A marriage that appears like a fairytale on the outside, but is riddled with so much deceit on the inside. Two seemingly well adjusted attractive people with so much to hide. So much to lose. Told from the alternating perspectives of both Susanna and Max this book definitely kept me on my toes.

An engaging and entertaining read, but you will need to suspend your belief a little. There is a stolen identity in this book (don’t worry this is not a spoiler) and a simple Google search could probably clear a lot of things up, but the search was never made, well at least not by the right people. Things like this don’t generally bother me, but it did make me think hmm… so if you are one of those people that needs everything to be realistic, you are forewarned for this one! Despite this the book is highly addictive with some very well drawn despicable characters. So many secrets, so many lies, you never are quite sure whose side to be on, if any. Recommend!

🎵🎵🎵Song Running Through My Head

Got a secret
Can you keep it?
Swear this one you’ll save
Better lock it, in your pocket
Taking this one to the grave
If I show you then I know you
Won’t tell what I said
‘Cause two can keep a secret
If one of them is dead?
Why do you smile
Like you have told a secret
Now you’re telling lies
‘Cause you’re the one to keep it
But no one keeps a secret
No one keeps a secret
Why when we do our darkest deeds
Do we tell?
They burn in our brains
Become a living hell
‘Cause everyone tells
Everyone tells?

A seemingly perfect marriage is threatened by the deadly secrets husband and wife keep from each other, for fans of B.A. Paris and Paula Hawkins.

Susannah, a young widow and single mother, has remarried well: to Max, a charismatic artist and popular speaker whose career took her and her fifteen-year-old son out of New York City and to a quiet Vermont university town. Strong-willed and attractive, Susannah expects that her life is perfectly in place again. Then one quiet morning she finds a note on her door: I KNOW WHO YOU ARE.

Max dismisses the note as a prank. But days after a neighborhood couple comes to dinner, the husband mysteriously dies in a tragic accident while on a run with Max. Soon thereafter, a second note appears on their door: DID YOU GET AWAY WITH IT?

Both Susannah and Max are keeping secrets from the world and from each other —secrets that could destroy their family and everything they have built. The Perfect Liar is a thrilling novel told through the alternating perspectives of Susannah and Max with a shocking climax that no one will expect, from the bestselling author of The Headmaster’s Wife.

Have A brilliant day full of books!📚

Excited to share with you today my review for this intriguing story that captivated me from first to last page! Many thanks to Sarah for my invitation to the tour!🌹 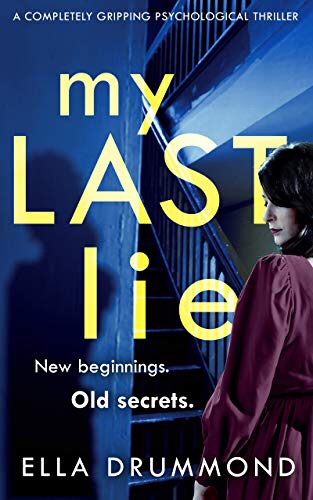 An eerie and engaging story that kept me riveted from first page to last!

This book was a slow burner that had me suspecting everybody. This is Ella Drummond’s debut and I think she did a marvelous job with Miss direction and twists. The characters were all very well drawn, even though most weren’t all that likable and one was downright despicable. A special shout out needs to go to Pilar’s mother, such a wonderful fascinating character that you will love to hate! A cast of interesting characters and a clever plot, makes for one unputdownable compulsive thriller!

Pilar and Theo have just suffered a terrible tragedy followed by a breakdown of both spirit and marriage. Theo surprises Pilar with a new start and a new home in Cornwall. However soon after moving into their new home strange things start happening, things are moved around, mysterious phone calls, just to name a few. Convinced that someone is messing with her as well as watching her, Pilar is compelled to figure out who knows the secrets that she is hiding. But Pilar is not the only one with things to hide.

Pilar was a sympathetic character. Not only has she suffered this terrible tragedy, but who hasn’t been convinced that somebody move something from where they are sure they left it? Throughout the story I was never quite sure if Pilar was completely sane or not? So many crazy twists and even though I was pretty convinced of the who, I had no idea of the why! And that last lie? Wow!

An addictive intriguing story that will completely draw you in! Recommend!

New beginnings. Old secrets.
Theo and Pilar. The perfect couple.Successful, beautiful and very much in love.
Until a year ago – and the tragedy that nearly tore them apart.
When their baby died, a part of them died with him.
Now they’re trying to rebuild themselves, moving to a stunning house in rural Cornwall.
But someone knows all their secrets – and will stop at nothing to disturb their fragile peace. Theo and Pilar are about to learn that you can try to hide – but you can never outrun your past. A unputdownable, gripping psychological thriller that will hook you until the final shocking twist. Fans of The Girl on the Train, Behind Closed Doors and The Wife Between Us will be captivated. 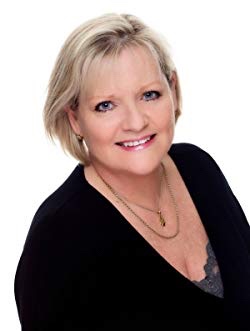 Ella Drummond recently signed a two-book deal with Hera Books. Her first psychological thriller, My Last Lie will be published in February 2019 and is available for pre-order now. 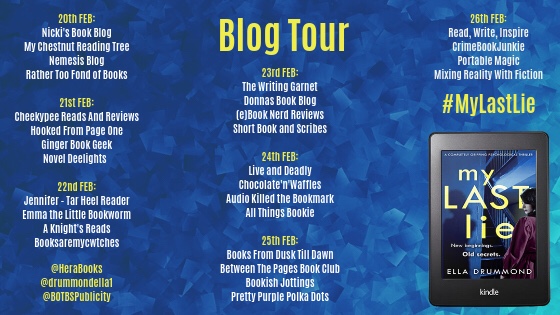 Have A wonderful day full of words!💜