Excited to share with you today my review for the fourth book in this series, this is the best series I started this year! Huge thank you to Noelle for my invitation to the tour and to Lisa Regan for this spectacular series!❄️✨ 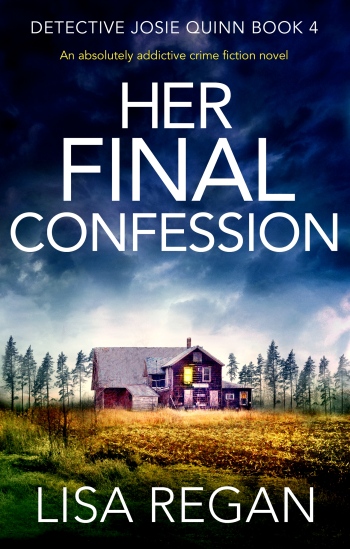 Watching her friend dragged away in handcuffs, Josie couldn’t believe for one second that Gretchen had killed that poor boy. Confession or not, someone else was involved. She would find out who…

When the body of a young student is found on the driveway of a local Denton home, a photograph pinned to his collar, Detective Josie Quinn is first on the scene. The house belongs to Gretchen Palmer, a dedicated member of Josie’s team, missing for the last twenty-four hours.

Working around the clock, Josie is stopped in her tracks when Gretchen hands herself in to the police. She knows that there’s no way Gretchen could ever be a killer, so why would she confess to a murder she didn’t commit?

Digging deep into Gretchen’s secretive life, Josie uncovers a link between the boy, the photograph and a devastating case in Gretchen’s past. But just when Josie thinks she has it all figured out, the bodies of a young couple surface on the other side of town. Can Josie get to the truth in time to save her friend from a life in prison or certain death?

Absolutely gripping, this unputdownable crime thriller from a USA Today and Wall Street Journal bestselling author will leave you gasping for breath. A perfect read for fans of Angela Marsons, Robert Dugoni and Rachel Caine.

BEST SERIES of the year!!!

This is the fourth book in the Josie Quinn Series, all four of the books were published this year, 2018… this is an exceptional police procedural series, filled with wonderful characters and compelling plots… they can all be read as standalones but why would you want to? They are all brilliant and each is better than the last… I think this is a series best devoured from The beginning! I just took a look at my review for the first book and I mention that I felt there was lots of room for Josie to grow as a character, and boy has she! Lisa Regan, I am expecting another four books in this marvelous series in 2019! I don’t ask for much, right?

I knew we were going to get Gretchen‘s backstory in this book…. I knew it would be dark and disturbing but WOWZA! The body of a young man is discovered in Gretchen‘s driveway with a picture of a young boy pinned to him… Josie was adamant that Gretchen had nothing to do with the death of this young man, even after Gretchen confesses…. but who is this young man and what was he doing at Gretchens house? Is a recently murdered couple connected to this in any way? Once again I put on my detective hat and tried to figure out this case along with Josie and Noah, I had plenty of theories, none of them right!

The thing I love most about this series is the amazing and well developed characters… along with the relationships they have with one another… Josie has some scars, but she is still extremely relatable… I think knowing her backstory makes it’s so easy to understand and sympathize with her…. Noah, wow he has come along way since that first book and I am so hoping that Josie and he end up in a strong stable loving relationship! Together! Gretchen has always been a bit of a mystery and I just knew she had some deep secrets, but I did not expect them to be this deep and dark…. there were times I was thinking how could one person possibly have gone through all of this? Fortunately I was wrong with some of my assumptions and grateful to find that out! SO what does a motorcycle gang, a serial killer, and a grad student have in common? Well you’re going to need to read this fabulous book to find that out, but as I said start with book one!

***Many thanks to Bookouture for my copy of this book*** 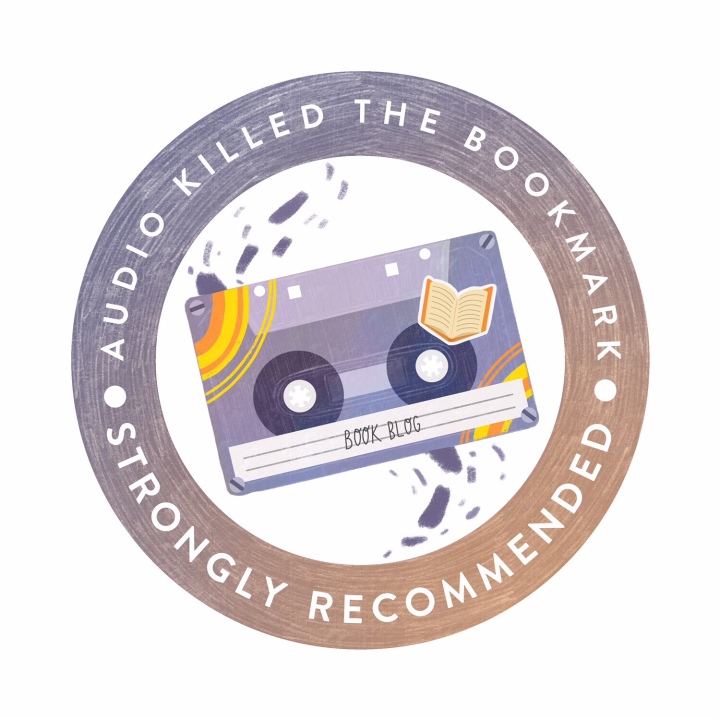 Lisa Regan is an Amazon bestselling crime novelist. She has a Bachelor’s Degree in English and Master of Education Degree from Bloomsburg University. She is a member of Sisters In Crime, Mystery Writers of America and International Thriller Writers. She lives in Philadelphia with her husband and daughter. Find out more at her website: http://www.lisaregan.com 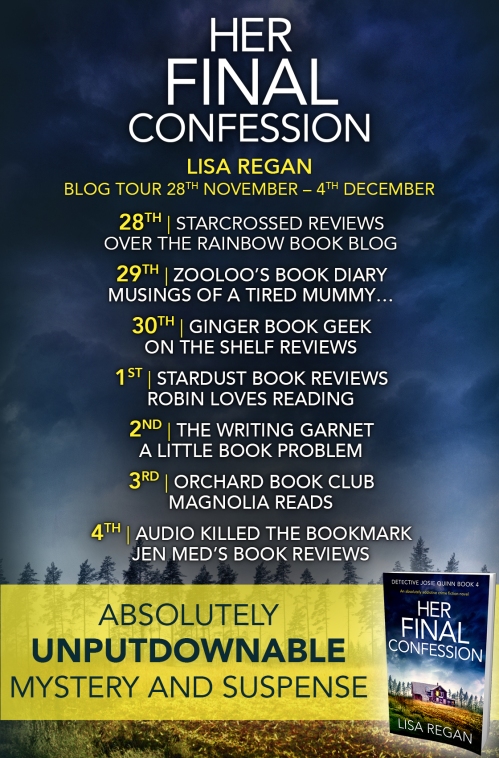