Excited to share with you today my review for this good old-fashioned fun crime thriller that doesn’t take its self too seriously! Thank you so much Emma for the invitation to the tour!😊 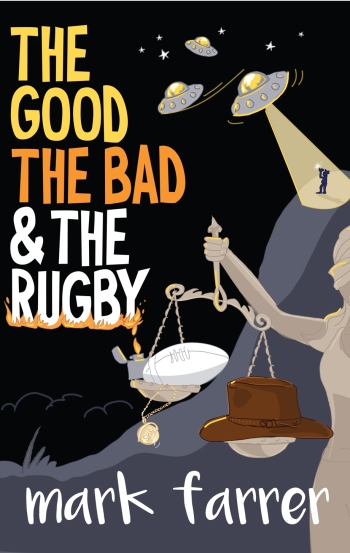 Getting to the truth. By trial… and eror error.

Cullen is on jury duty, and the sleepy Scottish town of Melrose is experiencing a rare crime wave: the famous Rugby Sevens trophy is stolen, a dead body is unearthed, there is a spate of petty arson, and someone drives a van into Gloria’s front room.
Why? And what is her husband doing every night up on Eildon hill?

In this hilarious crime romp, misguided loyalties, thwarted love, and unbelievable gullibility reach crisis point on the one day in the year when the world pays a visit to Melrose.

At the final whistle, Cullen will ensure that justice is done.

This was a fun and humerus crime thriller….

This is one of those books you don’t want to read in public, unless you want to get those funny looks when you’re laughing out loud at apparently nothing… an over-the-top character driven story about some quite interesting characters… i’m not even sure how to review this… it’s like when you tell a joke you heard on a late night television show and it falls flat, Because you cannot deliver it quite the same way?

A cleverly crafted story about rugby, a jury trial, and a lot of crazy antics… i’m currently chuckling to myself just thinking about some of the shenanigans that went on in this book! It really was just plain good old fashion fun! A book that did not take itself too seriously that Will leave you with a smile on your face and tears running down your cheeks from laughing so hard!😂

Recommend when you’re in the mood for a fun book filled with laughter and Fabulous characters! 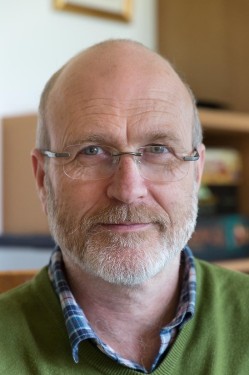 Mark was born in Liverpool, studied Computer Science at Hull University, then had a successful career in IT management in London and the South-East for twenty years before moving to Edinburgh in 2001. He continued working in IT until 2015 when he decided to retire from the rat race and focus on becoming a writer. He now spends half his time writing and the other half worrying why he is not yet making money from writing.

The Good, The Bad & The Rugby is Mark’s third comic novel featuring a morally righteous loner called Cullen. He also has a perma-free novella on Amazon, called Dirty Barry, which tells how Cullen and Big Paul first met. He is currently at work on a second novella, called Bronchial Billy.

Mark has three children, one at University, one on a gap year in Ghana, and one still at High School. He lives with his partner Claire, a photographer, near West Linton, in the Scottish Borders.

For your chance to win 2 bookmarks featuring the covers of all four of Mark Farrer’s books, please click the following Rafflecopter link.  Please note this a UK only giveaway. The 14 winners will be selected at random and your postal address will be passed onto Mark Farrer. There is no cash alternative.  The giveaway ends of midnight (GMT) on 16th November 2018.  Any personal information stored by the Rafflecopter giveway will be deleted after the winners have been drawn.  Good luck! 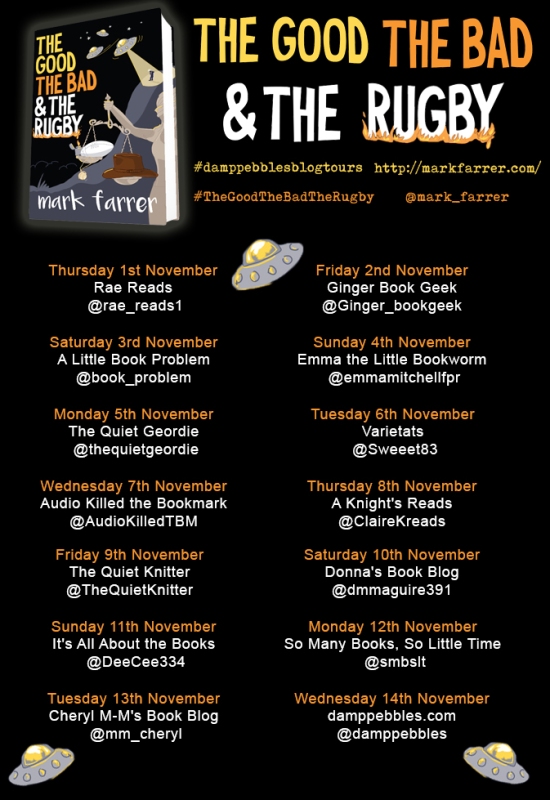 Thank you so much for stopping by! Berit☀️✨

7 thoughts on “The Good, The Bad & The Rugby by Mark Farrer @mark_farrer @damppebbles #TheGoodTheBadTheRugby #bookreview #giveaway”