🌟 super excited to be part of my very first Bookouture Blog Blitz… No Safe Place was a fabulous police procedural filled with quirkky flawed interesting characters…. I am so glad I got to know Lottie Parker! 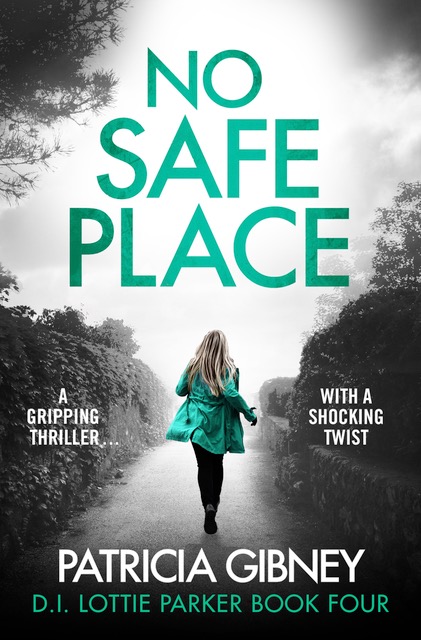 There’s nothing more dangerous than a familiar face…

As funeral mourners stand in silence at Ragmullin cemetery, a deafening cry cuts through the air. Lying crumpled at the bottom of an open grave is the bloodied body of a young woman, and Detective Lottie Parker is called in to investigate.

Knowing the body can’t have been there long, Lottie wonders if it could be Elizabeth Bryne, a young woman who vanished without trace just days earlier. And with a new boss who seems to have it in for her, Lottie is under pressure to solve both cases quickly.

As two more women go missing from Ragmullin, Lottie and her team fear there is a serial killer on the loose. And the disappearances are strikingly similar to a cold case from ten years earlier. Could history be repeating itself?

As journalists begin to interfere with Lottie’s investigation, she fears the killer is about to strike again. Lottie is in a race against time to find the missing women, but the killer is closer than she thinks. Could Lottie be his next target?

If you love Angela Marsons, Robert Bryndza and Rachel Abbott, you’ll love the latest pulse-pounding thriller from Patricia Gibney. No Safe Place will keep you guessing until the very last page.

Patricia lives in the midlands of Ireland. She is an avid crime reader so naturally she found herself writing in the crime genre.

A life changing experience in 2009, with the death of her 49 year old husband, meant she had to give up her career, and over the following few years, she rekindled her love of art and writing.

Initially Patricia wrote and illustrated a children’s book, but her real ambition was to write a novel. And she did!

In January 2016, she joined with Ger Nichol of The Book Bureau Literary Agency. In July 2016, Patricia signed with Bookouture for four DI Lottie Parker crime novels.

The Missing Ones (Book 1) published in March 2017 and to date has reached a high of number 2 in Amazon UK Kindle charts and number 6 in the US. It also achieved number 1 in all its categories. It is a bestseller in UK, US, Canada and Australia and has sold over 600,000 copies and has now also been published by Hachette Ireland in paperback.

This is the fourth book in the Lottie Parker series… and confession time I didn’t read the three previous books, but the good news is I still really enjoyed this book and now I want to go back and read the previous three…. police procedurals are kind of a hit or miss with me and this was an absolute hit! What I believe made the difference was Lottie herself…. I absolutely adored her flaws and all…. she kind of reminded me of a female Harry Bosch my favorite flawed detective of all time….. they also have some very similar flaws as well…. so other than the female/male thing and Los Angeles/Ireland thing they’re practically the same person…. OK well maybe not, but close enough that I became an instant fan of this series as well….

Young women are disappearing with their last known location the train…. people are hearing loud banshee screens in the middle of the night…. after several bodies have been discovered and there is a Erie similarity to a murder/disappearance that happened 10 years ago…. people begin to wonder do we have a serial killer on our hands? The case in this book was very intriguing and quite dark…. even though you know who done it pretty early on, how everything unraveled was super compelling and kept me turning those pages quickly…. I was extremely satisfied with how things tied up in the end…. however there are some loose ends that definitely leave room for some interesting things in the next book…. I realize that’s a little cryptic and a little contradictory, but you’ll understand when you finish this book….

From what I understand from reading some reviews the previous books focus a lot more on Lotties personal life…. I would have really enjoyed that, I loved all the parts of this book where there was interaction between her and her children…. there was some focus on Boyd and his relationship with his sister Grace that I loved… I had a bit of a soft spot for Grace and I loved how protective and loving Boyd was towards her…. also there was Boyd and Lotties relationship, and from what I gather this has been on again off again throughout the series…. at least it’s not a love triangle, and I’m rooting for them I always love the HEA…..

Absolutely recommend to fans of the series, fans of police procedurals, and fans of fabulously flawed characters… 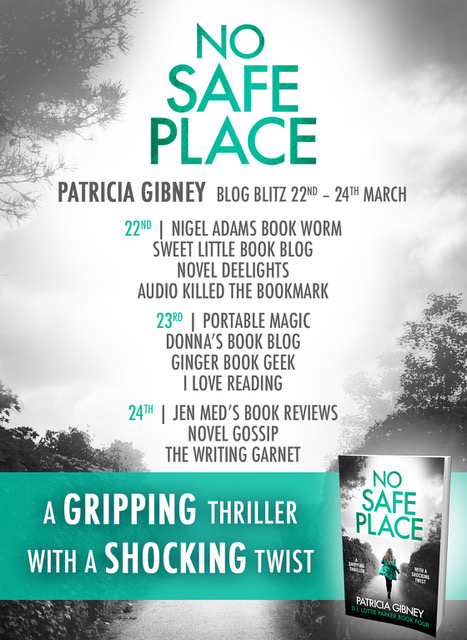